Xibe, an ethnic group in northeast China that enjoys a long history and a splendid culture, is now seeing its traditions well preserved and inherited thanks to the efforts made by Shenbei New District of Shenyang, northeast China’s Liaoning province.

Shenbei New District, the former Xibe ethnic township, established ethnic activity centers in villages and residential communities, driving more and more local people to learn and love the traditional culture of the ethnic group. As a result, the intangible cultural heritages of Xibe are also seeping into the daily life of the local people.

“Galaha,” a bone-snatching game that enjoys over 300 years of history among the Xibe people, is now thriving again. “Galaha” refers to pieces of bones taken from the joints of goats or pigs. In the game, a metal ball is thrown high in the air and players must grab as many “galahas” as possible spread on a blanket before they catch the ball again, and the one who grabs the most bone pieces wins the game.

Guan Zhongzhan, chairman of a local galaha association told People’s Daily that he has kept these game props for long at home, but didn’t know what they were at the beginning. Later, an activity center was built in his village, and he established a galaha team, winning three championships in Shenyang’s traditional games of ethnic minorities.

“The paper-cut depicts an auspicious animal in Xibe culture that symbols a good omen and peacefulness,” Zhang Haiyan, an art teacher at a local school in Xinglongtai told her students. Zhang, who’s also an inheritor of Xibe paper-cutting, introduced that paper-cutting is a special way to carry on the Xibe culture. “I heard numerous ethnic stories and folk songs when I learned the traditional craft as a child, so I want to introduce our characteristic culture to the younger ones,” she said.

Over 30 percent of the 1,000 students in Zhang’s school are from Xibe ethnic minority group. Xibe girls are good at paper-cutting, while the boys love archery.

“We were the first to offer archery courses in all the primary and middle schools of the province, and our archery team has won nearly 100 gold medals at national and provincial levels, sending over 30 athletes to Liaoning’s provincial archery team,” said Li Limei, an instructor of the school.

Working hard to preserve and inherit the intangible cultural heritages of Xibe, the local government not only protected the unique culture and traditions of the ethnic group, but also contributed to rural revitalization.

“Rural tourism should not be about only sightseeing, but also attracting visitors by the culture,” said Li Yingshan, Party chief of Shifoyicun village, which was listed as a national famous historical and cultural village in the seventh batch.

The village is home to the best preserved and most concentrated Xibe houses in China. With their traditional memorial gates and auspicious animal sculptures, they are attracting visitors from across the country. Today, these houses are still inhabited, serving as the best “tour guide” for traditional Xibe culture.

Besides, the village often holds folk activities such as archery competition, embroidery, applique and paper-cutting. Traditional Xibe food is also a major highlight of local tourism.

He introduced that the bureau will dig into these resources and make cultural and tourism programs and routes according to the features of each village. Next, the bureau will take Xibe ethnic culture as a priority, and actively carry out relevant experience and sightseeing projects, Qiu added. 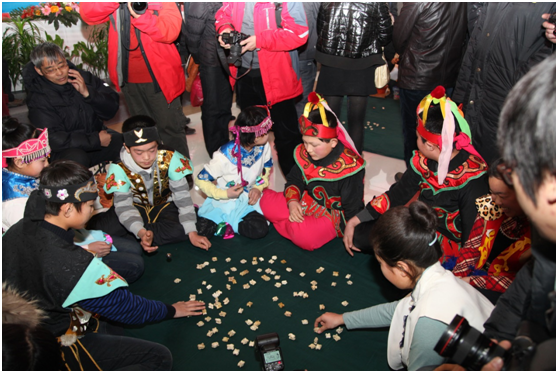