Ensuring connectivity through rail transport: The BRI example in Nigeria

By Peoples_Mail on April 23, 2019
As part of countdown to successful hosting of the forthcoming Belt & Road Initiative in Beijing this month, China and Nigeria look on the gains of BRI in Nigeria by assessing the impacts of Abuja-Kaduna rail system and Abuja Light Train service which were built by Chinese Construction Company, China Civil Engineering Construction Corporation (CCECC). Ochiaka Ugwu was at the event for Peoples Daily. 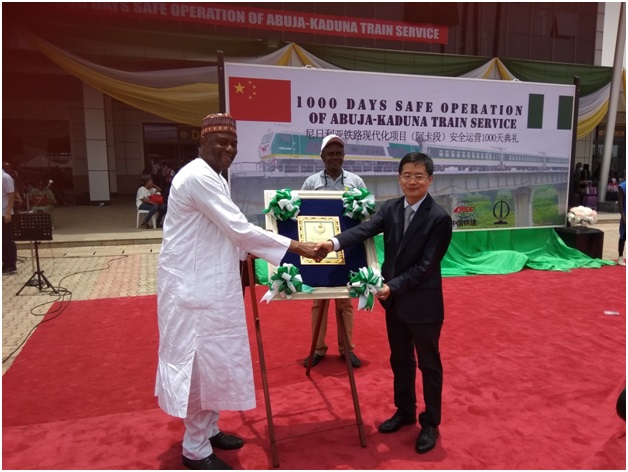 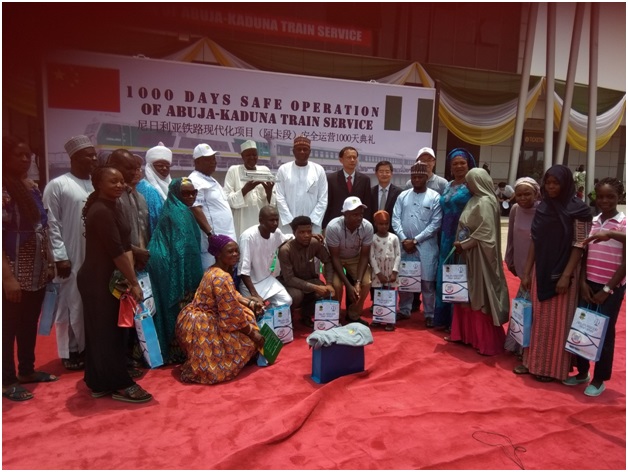 
In August 2018, Chinese President, Mr. Xi Jinping underlined thorough and solid cooperation under the Belt and Road Initiative (BRI) to benefit people in countries involved and build a community with a shared future for humanity.
Xi also solicited for efforts to uphold dialogue and consultation, joint contribution, shared benefits, win-win cooperation, exchange and mutual learning and to promote political mutual trust, economic integration, and people-to-people exchanges with the Belt and Road countries in order to advance the initiative step by step, producing achievements.
It is important to note that in2013 when Xi proposed the building of the Silk Road Economic Belt and the 21st Century Maritime Silk Road — the Belt and Road Initiative for short not many nations accepted it, but as of July 2018, more than 100 countries and international organizations had signed Belt and Road cooperation documents with China including Nigeria.
There is no doubt that Nigeria as a member has benefitted from the high-quality development this initiative offers which is the priority of jointly advancing development to realize full economic growth at its best.
The Abuja – Kaduna Train Service as well as the Abuja Rail Mass Transit Project stand out as a big testimony to the gains of Belt & Road Initiative as it has pushed for progress in transportation sector of the economy, by delivering real benefits to Nigeria peoples.

Lastly it is on record that President Xi noted that BRI was not only aimed at economic cooperation but also an important pathway to improve global development patterns and global governance and promote the healthy development of economic globalization.
The wide support the BRI is enjoying from Nigerian peoples given its projects which are spreading prosperity by opening more economic corridors, it clearly shows that Nigeria is ready to collaborate with China as a dependable ally for mutual benefit and shared prosperity.
Quote

It is important to note that Abuja-Kaduna Railway section is the first section of the Nigerian Railway Modernisation Project, using China railway technical standards and connecting the capital city of Abuja, Niger State and Kaduna State, with a total length of 186.5 km and a maximum speed of 150km/h.
On July 26th 2016, Abuja-Kaduna Railway Project officially started commercial operation, becoming the first modern railway in operation using China standard in Africa. Nigerian Railway Corporation is in Charge of Operations while the CCECC offers technical support, training service and assistance to the commercial operation.
Make Hundreds of Dollars Daily From the Comfort of your Home