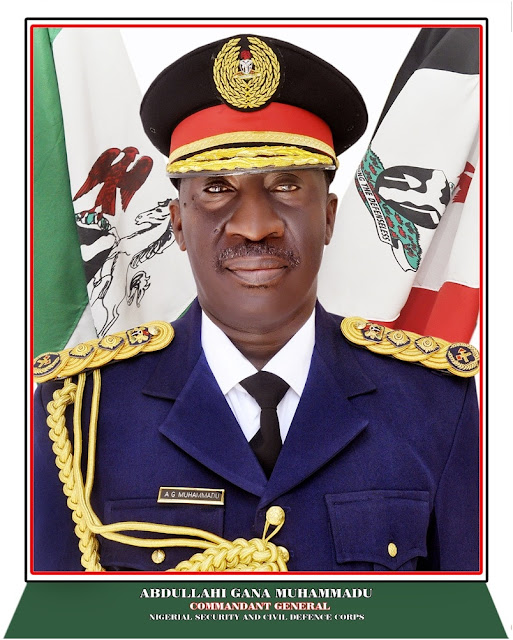 A civil society and pro-democracy advocacy group, Citizens Watch Advocacy Initiative (CWAI), has commended and applauded the officers and men of the Nigeria Security and Civil Defence Corps (NSCDC) for its conduct of the Presidential and National Assembly elections across the country recently.

In a press release signed by the Executive Secretary, Omoba Kenneth Aigbegbele, and Senior Special Assistant, Media and Publicity, Com. Gabriel Gwajime, it lauded the para-military organization for the largely peaceful and orderly general elections, the high level of professionalism displayed and the non-partisanship during the various stages of the elections.

According to the statement, “CWAI observed that the men and officers of the Corps “are very meticulous, impressive and matured even in the face of intimidation by the electorates”.

It added that men and officers of the NSCDC have shown they are abreast of the conduct of security operations before collation, during and after the elections as shown in the various trainings across the country before the 2019 general elections. The group noted that it goes to show that the rebranding efforts of the present leadership of the NSCDC helmsman, Commandant-General, Abdullahi Gana Muhammadu have really taken its toll on the officers and men of the Corps.

The group enumerated some major advantages for the NSCDC to include: the elections monitoring by the Commandant-General across various states during the elections and the security monitoring situation centre embarked upon by the leadership to spot any emerging security threats; the adequate protection of the electorates vis-à-vis logistics of materials and the protection of critical national assets including payment of allowances, feeding at various points and the repairs of damaged vehicles before the elections.

The group said, the NSCDC also added value to the successful conduct of the elections and reiterated that the several meetings held by the Commandant-General with his DCGs, ACGs and the Commandants from the 36 states of the federation were a morale booster for the corps motivation towards giving their all to this national assignment.

According to CWAI, “the extreme caution, courtesies and professional candour displayed and discharged with excellence to the pride and admiration of the voters who showered accolades and praises on the corps and ensured that the elections were conducted peacefully, transparently and creditably well drew the commendation of local and international observers to the Nigerian Security and Civil Defence Corps (NSCDC), as an agency to be reckoned with in the country”.

The duo saluted the corps for their courage, high level of discipline, patriotism and neutrality showed in the conduct of the elections and called on Nigerians to always support, and encourage our security agencies in the discharge of their constitutional mandate to the country and therefore passed a vote of confidence on the pro-active and open door policy of the present leadership of the corps in deepening our democratic values.