In a flower farm in Cixi, a city of east China’s Zhejiang province, the owner Chen Suchao is busy with pruning branches in early morning, as the rosa chinensis and French hydrangea are ready for blossom after spring rain awakens the soil. The golden season for flower business is coming along with the soft rain.

The man in his 30s is one of China’s professional farmers, a group rising rapidly in recent years to accelerate the country’s steps for modernized agriculture.

Chen became a farmer upon his college graduation in international trade major in 2015, while the knowledge learned at the university made his farm work more scientific and efficient.

He lessened the weight of potting soil to save the delivery cost, obsoleted the poor sellers based on monthly data, and purchased seedlings, fertilizers, peaty soil, flowerpot, packages and other materials online.

Applying what he learned at the college to the operation of his 2-plus-hectare farm, Chen made a profit in the first year.

Cixi has over 1,000 registered professional farmers, of which more than 30 percent have already received college education, said Shen Qunchao, an official with Cixi’s agriculture and rural affairs office.

Those professional farmers include demonstration households for science and technology oriented farmwork, owner of family farmland, and foregoers of farmer cooperatives, said Shen, adding they are not only equipped with knowledge and technology, but also good hand of operation and management.

Shen also disclosed that on an average basis, the yield of the 1,000-plus family farms run by the professional farmers is over 30 percent higher than that of other farms.

The supporting policies and services introduced by government catalyze the emergence of those professional farmers, as local service centers offer them with package of favorable policies including land transfer, technology support, agricultural insurance and start-up loan.

China has over 15 million professional farmers like Chen. Chinese Minister of Agriculture and Rural Affairs Han Changfu predicts that the number will increase to 20 million by 2020, which means that more forerunners will join China’s marches to modernize agriculture. 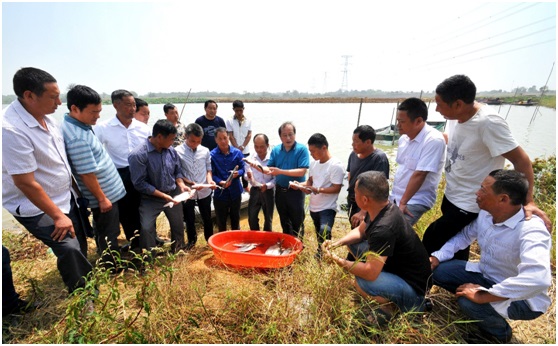