Nothing can stem people-to-people friendly ties between China, U.S.

“Distortion” is a perfect word describing the paranoid opinions of certain U.S. politicians about the world.

Recently, some U.S. Congress members once again harped on the shopworn argument of the alleged “threat” of China’s Confucius Institutes, ridiculously demanding in a report on national security strategy that all the Confucius Institutes register in the U.S. as “foreign agents”.

The move aimed at further hyping the “China threat” theory with lies and cutting off the close ties between China and the U.S. formed during the past more than four decades, so as to provoke comprehensive confrontation between the two sides.

It’s not news that these U.S. politicians take the Confucius Institutes as a thorn in their flesh. They have constantly resorted to political manipulation to fabricate groundless allegations against the institutes, claiming that the institutes are established to serve China’s so-called “influence operations” in foreign countries, pose the risk of espionage, and interfere with U.S. academic freedom. They even threatened to close all the Confucius Institutes on American campuses.

However, the Confucius Institutes are nothing like how they stigmatized. On the contrary, they are well recognized by the international community.

The first Confucius Institute was established in 2004, and now the organization is seen in more than 160 countries and regions across the world.

Guided by the principle of mutual respect, friendly consultation, equality and mutual benefit, the Confucius Institutes teach Chinese language and promote cultural and educational exchanges. They have won widespread support from the world.

The Confucius Institutes in the U.S. were jointly established by Chinese and U.S. universities based upon the voluntary application of the U.S. side. All the teaching and cultural activities held in these institutes are transparent and open.

The Chinese side only sends teachers and textbooks according to the demand of the U.S. side, and never meddles in the latter’s academic freedom, let alone coercing these institutes into promoting Chinese culture in the U.S.

People can tell right and wrong no matter how facts are distorted. Seeing the U.S. politicians try to impose political pressure on Confucius Institutes, some American universities have repeatedly stated their stand, and firmly refuted the lies driven by politics.

“The Confucius Institute at Webster University furthers the important goal of educating our students with a global perspective and is consistent with our long-standing commitment to diversity,” wrote Webster University in Missouri in a letter to a U.S. Congress member who demanded that the university “reconsider” its relationship with Confucius Institute as it is being used by the latter for “a nefarious purpose”.

“We have no reason to believe that the Confucius Institute at Webster University creates the risks described in your letter,” said Webster President Elizabeth Stroble in the letter in reply to U.S. Senator Josh Hawley.

As a matter of fact, similar international programs focusing on language teaching and cultural exchanges can be found everywhere, and countries are generally open to them.

Certain U.S. politicians’ targeting Confucius Institutes for political ends and playing double standards on them have actually exposed their ulterior motives to the world.

Facts don’t matter to them anymore. To pursue their own political interests, they spare no effort to cook up “threats”, fatuously believing that they can confuse right and wrong and win fame by such cheap means as long as they keep repeating lies. Regarding this, international observers warned that McCarthyism was resurging in the U.S.

As a Chinese saying goes, “A gentleman is open and poised; a petty man is unhappy and worried.”

China has never intended to challenge or replace any country. Instead, it has always been making efforts to nurture a healthy relationship with the U.S. in accordance with the principles of non-conflict, non-confrontation, mutual respect and win-win cooperation.

The current problems troubling China-U.S. ties are fundamentally the result of the zero-sum game mindset and ideological prejudices haunting certain politicians in the U.S.

Many of those so-called China hawks in the U.S. Congress have never been to China and thus have limited knowledge about the country, pointed out former U.S. Ambassador to China Max Sieben Baucus.

The new round of anti-China wave in the U.S. is more of a result of the anxiety of the Americans, rather than what Chinese people have done, according to former U.S. senior diplomat Charles W. Freeman.

The populism is in fact caused by instigation of the elite class in the U.S., Freeman said.

International relation is after all the ties between the people. It needs the support from the people and ultimately serves the people.

Since the outbreak of COVID-19, the people, enterprises, and social organizations in China and the U.S. have lent a helping hand to each other whenever the two sides were in need, showing the precious spirit of mutual help in the global crisis.

It fully indicates that China and the U.S. enjoy a profound social foundation for friendly exchanges.

Nothing can stem the people-to-people friendly ties between China and the U.S. Anyone who attempts to reverse history will finally be abandoned.

(Zhong Sheng is a pen name often used by People’s Daily to express its views on foreign policy.) 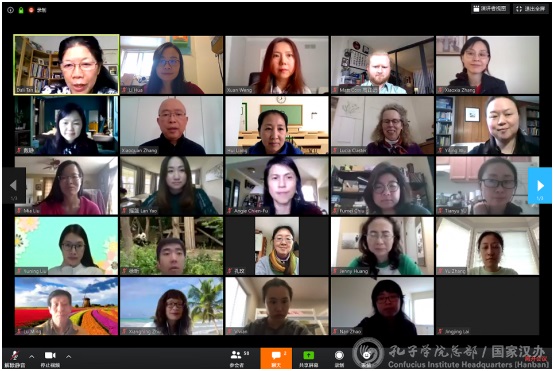