Remy Ma, pay attention. It looks like Nicki Minaj is rounding up troops to back her up in this now-infamous hip-hop feud.

Hours after Minaj dropped her diss track “No Frauds” in response to Remy’s diss tracks released in late February, the Black Barbie went on Instagram to show Remy that Lil Wayne and Drake, who are featured in her song, aren’t the only people in her squad. 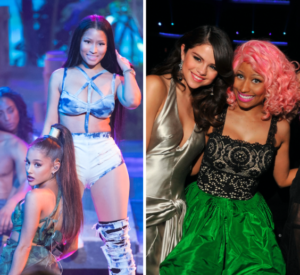 “Didn’t expect this but love u girls so much for reppin,” Minaj wrote in the video’s caption, along with the hashtags #BadBtchsLinkUp and #TheyDontWantNoFrauds, and a crown and knife emoji.

Make Hundreds of Dollars Daily From the Comfort of your Home